Transforming in more ways than one: Getting to know Nancy Yueh By Aron Heller | Nokia Leader Profiles, Wednesday, 19 May 2021 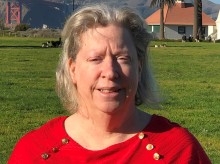 Nancy Yueh, Head of Transformation and Chief of Staff, Cloud and Network Services

Nancy Yueh leads the transformation drive for Cloud and Network Services and it’s an apt title for her to hold.

After all, she’s transformed herself from an East Coast “Jersey Girl” to a mainstay in Silicon Valley, from a finance major to a tech executive and from a COO in Nokia Software to the transformation leader and chief of staff of the new business group.

This dual role overseeing the transition to the new model, and aligning responsibilities across the organization, puts her at the center of everything in the business. And part of her overall balancing act includes managing a long workday while parenting twin teenage daughters.

“Handling a demanding work schedule while raising a family is a challenge many parents face. I’ve been lucky to find the right people who understand these are priorities you have to balance,” she said. “You have to be flexible and balance both parts of your life.”

With Cloud and Network Services on a path to becoming a major growth engine for Nokia, she said it was critical to put the right operating structure in place to serve customers.

“It’s about modernizing our operations and increasing our productivity and efficiency at the same time,” she explained.

Although the inclusion and diversity program is managed by the People organization, Yueh has a distinct voice in matters regarding gender balance both as chief of staff to President Raghav Saghal and as the only woman on his leadership team.

“It is a long-term issue that will improve by giving young girls greater access to STEM,” she explained, using the acronym for Science, Technology, Engineering and Mathematics education.

“Progress will continue, but it’s not something that will be fixed overnight,” she added. “We have a good foundation to build on.”

The world of technology has evolved considerably since Yueh, now 55, grew up in New Jersey.

She earned a BS and MBA in finance at Fairleigh Dickinson University and started her career as a financial planning manager at AT&T. It was only after she married and moved west 25 years ago that she was exposed to the world of high-tech and got her first break at Informix Software. It was there that she met the first in a series of mentors who would guide her career in future stops at Vicinity, Portal, Oracle and finally Nokia.

“I was very fortunate to find the right people to coach me along the way. I found mentors that cared about my personal development and gave me the confidence I needed to become the leader I am today,” she said. “The best mentors are not usually the ones that are assigned to you, they are the relationships that just develop naturally on their own.”

Mentoring others is Yueh’s way of paying it forward.

“Mentorship is not a one-way conversation. A good mentee comes with an honest assessment of their skill gaps, a plan for career growth and a thirst for knowledge,” she said.

Yueh’s work naturally occupies most of her time. Outside of her busy career, her life centers around her family and 15-year-old daughters Kristin and Allison. The first plays competitive soccer while the other is a high-level gymnast.

Yueh occasionally cycles and jogs and takes great pride in being a role model for her daughters, helping them develop into great athletes in their respective sports and grow into strong, confident women leaders.

As a manager for Kristin’s soccer team, she leans into the same principles she uses at work to promote a strong, empowered workforce that transitions, grows and meets its targets.

“Being able to coach people through different situations and bring them together in consensus is something I strive to do both at work as well as on the soccer field,” she said.  “It’s a great feeling to be part of a winning team.”