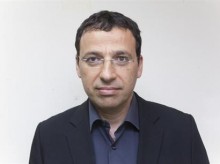 JERUSALEM (AP) — After a series of embarrassing reports about Israel’s first family, an investigative journalist has become a particular target of Prime Minister Benjamin Netanyahu.

Raviv Drucker of Channel 10 TV has been a longtime thorn in Netanyahu’s side, exposing several scandals about the Israeli leader. In return, Netanyahu has berated him, sued him and even reportedly tried to get him fired.

But Drucker has kept at it, and two of his recent stories have triggered police investigations.

First, he broke the story that Netanyahu’s personal attorney had represented a German company involved in a $1.5 billion sale of submarines to Israel, raising questions about the prime minister’s possible involvement.

Then, he reported that Australian billionaire James Packer has lavished Netanyahu’s college-aged son, Yair, with gifts that included extended stays at luxury hotels in Tel Aviv, New York and Aspen, Colorado, the use of his private jet and dozens of tickets for concerts by Packer’s former fiancee, Mariah Carey. Packer, who also owns a home next to Netanyahu in the prosperous coastal community of Caeserea, is reportedly seeking Israeli residency status for tax purposes.

Netanyahu did not dispute any of the facts but insists he has done nothing wrong. The reports led the prime minister, who frequently complains about media coverage of him and his family, to accuse Drucker of waging an ideologically driven smear campaign.

“The desperate, pathetic attempt of the politician Raviv Drucker to slander the prime minister with a never-ending drip of lies and brainwashing is aimed toward a character assassination of the prime minister and his family. This is nothing new for Raviv Drucker,” the statement from Netanyahu said. Drucker denies any political motivation and insists he is only doing his job.

Now in his fourth term, Netanyahu has repeatedly tried to curb his many detractors in the media, which he considers biased against him and whose numerous investigations have failed to land him in any significant legal or political peril.

He has forgone press conferences and interviews, and has tried to reshape the media landscape in Israel. Like U.S. President-elect Donald Trump, he has taken to social media to lambast the press.

Netanyahu encouraged the establishment in 2007 of Israel Hayom, a free daily financed by billionaire Sheldon Adelson that largely serves as his mouthpiece. He has appointed himself minister responsible for media regulation and ordered his coalition partners not to float any media-related bills without his approval.

He recently pushed to have the state-run Israel Broadcasting Authority shut down and replaced with a new corporation, only to reverse course once the emerging personnel of the new body did not seem favorable enough.

Netanyahu has lashed out at several reporters. He took one newsman to court for reporting that Sara Netanyahu kicked her husband out of the car on a busy highway in a fit of rage. Last month, after acclaimed investigative TV journalist Ilana Dayan reported on mistreatment of the prime minister’s staff, she read a 6-minute rebuke from Netanyahu on the air in which he called her a “left-wing extremist” and slammed her credentials.

But Netanyahu has reserved most of his criticism for Drucker, a 46-year-old journalist with a mop of messy black hair and an on-air penchant for pushing his glasses up the bridge of his nose. In the past two months, Netanyahu has mentioned him by name in at least a half-dozen disparaging Facebook posts.

“He has elevated me beyond what I deserve,” Drucker said with a chuckle. “I mean, it is such an overreaction even from his perspective.”

While in the army, Drucker was a military police investigator before earning a law degree and starting his journalism career as a real estate reporter at a newspaper. He later became a radio diplomatic reporter and a Nieman fellow at Harvard before moving to TV.

Drucker has made his mark by steering clear of generic critical commentary in favor of investigations of money and power.

He’s been an equal-opportunity muckraker, taking aim at all of Netanyahu’s rivals as well. Prior to the 2006 election, he published the personal diaries of Omri Sharon — son of then-Prime Minister Ariel Sharon — that detailed shady political dealings.

Ahead of the 2007 primaries of the centrist Labor Party, Drucker aired footage of fake balloting that led to a police investigation.

He wrote a book critical of Ehud Barak’s truncated stint as prime minister and aired revelations that caused legal woes for former Prime Minister Ehud Olmert. Olmert once famously quipped, “Everyone knows that Raviv Drucker is Bibi’s court reporter” — a reference to Netanyahu. Drucker proudly features the quote on his website.

But Netanyahu, who has been prime minister since 2009, has become Drucker’s main target. In one of his most memorable scoops, Drucker detailed 10 years of the Netanyahu family’s overseas travel expenses that included flights, hotels and meals paid for by rich associates. The report showed copies of receipts and a list of potential donors in Netanyahu’s own handwriting, including Trump, a supporter of the prime minister.

The 2011 report led to a state comptroller’s investigation and one of the three Netanyahu suits against him. Each time, Netanyahu eventually dropped the suits.

“I am an investigative journalist, and the moment someone rises to power what is my job if not to be that one who is looking to see if this person is honest and clean?” he said. “I infiltrated deep into his inner circle and into the most intimate things to him and that is something that really threatens him.”

In 2011, when Channel 10 was on the verge of being shut because of crippling debts, the station said officials in Netanyahu’s office hinted the government would ease up if Drucker was fired. Netanyahu denied it, but in last year’s election campaign, he offered the station a rare interview as long as Drucker didn’t do it. Channel 10 declined the offer.

“I think I have earned his bitterness and hatred honestly,” Drucker said.

Of late, perhaps inspired by Trump, Netanyahu appears to be particularly relishing the media warfare, depicting the press as an agent of the left.

“As we saw in the recent American election, the media’s personal slander doesn’t convince the public,” he wrote in a Facebook post Wednesday.

Netanyahu owes much of his political rise to his U.S.-style TV persona and reputation as a master communicator, said Yuval Karniel, a communications expert at the Bezalel Academy of Arts and Design.

“This is a man who understands the media and understands how to use it to his advantage. And attacking it is what works for him now,” he said. “The problem is that by making it personal, he is displaying complete contempt toward ethical journalism and undermining the role it plays in a liberal society.”