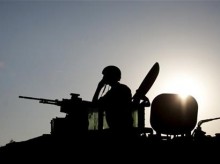 Both began with a sudden series of airstrikes that caught Hamas off guard, included a threat to invade the coastal strip and came shortly after an American election and before an Israeli one. But the rules of the game have changed. That means Israel is now likely to carry out a briefer, more focused operation.

A prolonged offensive appears riskier for Israel this time around. While Israel’s missile defense systems are vastly improved, it is also facing a better armed Hamas that has missiles capable of reaching farther than ever into Israel. Also, Hamas has the key backing of the new Islamist government in Egypt, while a jittery Obama administration and a Europe suspicious of Israeli Prime Minister Benjamin Netanyahu could give the Israelis little room for error.

Israel military officials say their goal is identical to four years ago — re-establishing its deterrence following a bout of rocket attacks from Gaza into southern Israel, and delivering a crippling blow to Hamas’ missile capabilities.

The officials, speaking on condition of anonymity because they were not allowed to discuss the strategy with the media, said one of Israel’s two major concerns is avoiding large numbers of civilian casualties.

The last offensive involved a ground invasion of Gaza — something Israeli officials say they are prepared to repeat if necessary. But some 1,400 Palestinians were killed, including hundreds of civilians, sparking war crimes allegations.

The other major concern, according to the officials, is preventing a fallout with Egypt that could damage the countries’ peace accord. Under former President Hosni Mubarak, Egypt was instrumental in buffering Arab resistance to Israeli operations and it brokered several cease-fires between Israel and Hamas.

After Israel launched its current offensive Wednesday with more than 50 airstrikes in Gaza, killing Hamas’ military commander, Egypt immediately lashed out at Israel, appealed for American invention and recalled its ambassador from Tel Aviv.

“That’s the major danger. Last time Egypt was with us,” said Efraim Inbar, director of the Begin-Sadat Center for Strategic Studies at Israel’s Bar-Ilan University. “The big question is what will happen if we go in (on the ground to Gaza). This will be a major test for Egypt.”

An array of other factors has Israeli officials aiming to wrap up its attack as quickly as possible.

Just a few days ago, Israel was drawn into Syria’s civil war, firing at Syria for the first time in four decades after stray mortar fire landed in the Israeli-occupied Golan Heights. Israel believes the mortar shells spilled over from internal fighting in Syria and were not aimed at Israeli targets.

The Syrian regime, which is said to have killed more than 36,000 of its own people since the uprising against President Bashar Assad began in March 2011, condemned the Israeli offensive in Gaza and could try to use the fighting to divert attention away from its own turmoil.

Israel could also face constraints from the Obama administration. Four years ago, George W. Bush was a lame-duck president who gave his good friend, the equally lame duck Israeli Prime Minister Ehud Olmert, free rein to operate. Obama, who has had a rocky relationship with Netanyahu, has thus far backed the Israeli offensive. But that could change if civilian casualties mount.

Netanyahu has less international goodwill than his predecessor. While Olmert’s war came after intense peace negotiations with the Palestinians, Netanyahu has been criticized for his lack of progress in peace efforts and may come under quick pressure to cease fire.

Seeking to rally international support, Netanyahu said Thursday that he had been in touch with “many” world leaders. “They understand that there is no country that would allow its citizens to live under the terror of missiles and rockets,” he said. “I have the clear understanding that they have a clear understanding of this.”

Israel knew Hamas would strike back hard for the attack on Jabari, so the main goal of the follow-up attacks was to wipe out Hamas’ long-range missile capability.

The military estimates the Islamic militant group has some 10,000 rockets and mortars in its arsenal after stocking up for years thanks to a steady flow of weapons though a network of tunnels from Egypt.

But on Thursday, three rockets struck the densely populated Tel Aviv area. There were no reports of injuries, and police were exploring the possibility that two of the rockets landed in the sea.

Hamas, for its part, says its strikes will be deadlier than the last war and reach deeper into Israel.

“After four years, we became stronger, we have a strategy and we became united with all the military wings in Gaza,” said Hamas spokesman Fawzi Barhoum, adding that the movement had “decided to elongate the distance of its rockets to Tel Aviv.”

A strike on Tel Aviv would be the first time Gaza rocket squads have reached the city, a significant escalation.

In southern Israel, closer to Gaza, all the major cities were under fire Thursday. One of the strikes killed three Israelis in the southern city of Kiryat Malachi. By comparison, only four Israelis were killed by rocket fire during the 3-week-long 2008-2009 military campaign.

Since its offensive four years ago, Israel has deployed its “Iron Dome” rocket defense system, which was developed specifically to counter the short-range rocket threat from Gaza. The Israeli batteries have intercepted dozens of projectiles, but the system is far from full-proof.

“There is no military and no country in the world with technology like the Iron Dome system,” Barak said at a battery outside the city of Beersheba. “However, it is important to emphasize that the system does not provide 100 percent protection. There is no such thing as a perfect system.”

Uzi Dayan, a former Israeli deputy military chief, said the Israeli homefront was now better equipped to cope with that threat, and that Israeli intelligence gathering was far superior and capable of surgically knocking out Hamas assets.

“Israel has been collecting intelligence for years. It has a ‘bank of targets’ it has tracked and waited until now to hit,” he said. “At times like these you go for maximal damage.”

Israeli military officials say the main lesson from four years ago is not to linger too long. The longer the offensive goes on, the greater the chance of misfires and international censure.

Militarily speaking, Hamas can’t match up with Israel. But if it drags Israel into a prolonged campaign and large numbers of civilians are killed, Israel could become entangled and have to withdraw before reaching its goal.

As in 2009, Israeli elections loom. Netanyahu appears poised to be re-elected with a message stressing security. But he has been losing ground to other parties that focus more on domestic issues. A strong performance by the military could rejuvenate his campaign.

Despite the potential electoral upside for him and Barak, who heads a small centrist party, no one in Israel has accused them of playing politics — yet.

“It’s politics out, war in. … Netanyahu has changed the agenda,” columnist Sima Kadmon wrote in Yediot Ahronot. “There has never been an operation or a war that hasn’t started out with a consensus. But have no fear: Should a rocket strike us or kill innocents on their side, or an offensive lasts one hour longer than necessary, politics will come raging back.”