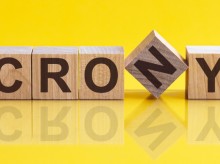 People love their acronyms at Nokia

CRM? SMP? KPI? It’s enough to make you cry out for an SOS.

What is it with all these high-tech acronyms? I know every industry has them, but from my brief experience at Nokia it seems like here it’s a way of life, an initiation of sorts into a nerdy private society that weeds out those of us who aren’t part of the club.

One may think it’s as easy as ABC, 1-2-3 or do-re-mi, but for us newbies its alphabet soup and just adds to a detachment from this insular world that remains out of reach for most mortals.

To navigate through the verbiage, I’ve started compiling a glossary, getting chuckles every time I jot down an abbreviation and inquire about its meaning.

Many of those I ask don’t even know what these initials stand for. Still, they can’t resist getting in on the fun of this secret lingo. For me, it’s added up to a mixture of frustration, confusion and entertainment. It’s enough to make me LOL (laugh out loud).

As a lifelong basketball fan, I thought there was only one NBA. Turns out it also stands for Next Best Action.

I figured GBC stood for Guantanamo Bay Cuba, not Global Business Center. I thought SaaS was spelled SAS and stood for Scandinavian Airlines System rather than Software as a Service. It’s taken me a while to figure out that GLT isn’t a new type of deli sandwich and that PLM isn’t a breakaway militant faction.

And as a history buff, I kept wondering why everyone was talking about OSS. The Office of Strategic Service, after all, was the World War II intelligence service and precursor to the CIA (to name a far more recognized acronym). The whole Operations Support Systems was news to me.

To hear the passion in which people discuss CSPs and CSFs, or SEO and SEM, I can’t help but think back to the classic Monty Python scene in “The Life of Brian” in which members of the PFJ (People’s Front of Judea) express their disdain for the JPF (Judean People’s Front).

I’m sure it’s only a matter of time before I’m also tempted to partake in the obscure terminology. But it would probably do all of us a bit of good to pull back on the jargon and just try to explain better what it is we’re talking about.